The Royal Institution for Chartered Surveyors (RICS) has named Edinburgh Printmakers as the winner of its Project of the Year at the inaugural RICS Social Impact Awards for Scotland.

The new home of Edinburgh Printmakers is located within what was once the headquarters of the North British Rubber Company (NBRC). The NBRC building is the only surviving structure from the once large and important nineteenth century Castle Mills industrial complex. The project involved the redevelopment of this derelict building into a multi-use arts complex centred around printmaking production. The approach of the project team involved “making precise contemporary interventions to facilitate the new use while respecting the character and story of the existing building”.

RICS Social Impact Awards head judge for Scotland, Colin Smith, said: “The Edinburgh Printmakers project has saved and creatively adapted one of the last vestiges of the industrial and social history of Fountainbridge, the former headquarters of the North British Rubber Factory.

“The project has ingeniously inserted a range of public facing new uses into the building, respecting its fabric, character and heritage, and done so in a way that provides access for all throughout and which opens the building out to engage with its emerging surroundings. It is a multi-faceted gem.” 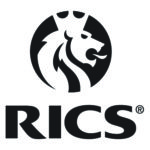 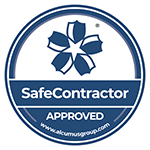